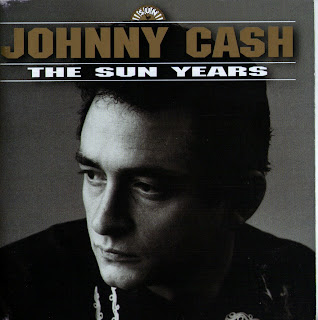 Many will be most familiar with Johnny Cash through the recent biopic of his life, Walk the Line. But for a life as well lived as Cash's, the film is only the tip of the iceberg. Johnny Cash was one of the real characters of twentieth century American music. His personality and talent helped him find fans across musical genres, inspiring artists in country, blues, alt country, indie rock, alt rock and even hip-hop. He worked with many well known artists covering an array of genres, including artists like Willie Nelson, Waylon Jennings and Kris Kristofferson as one fourth of The Highwaymen, and others such as Roy Orbison, Jerry Lee Lewis, Elvis Presley, Bob Dylan, and U2.

His long career spanned more than 50 years and encompassed many different artistic mediums including writing, acting, and a prolific recording career. In his lifetime Johnny Cash released well over 70 albums, including more than 50 studio albums.....(text from Amazon)

Very Best of the Sun Years 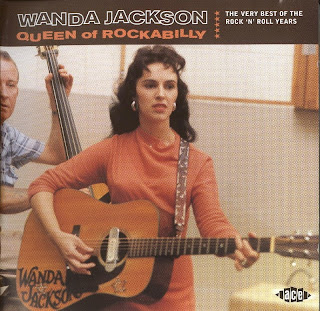 Wanda Jackson has said that she was never as consciously committed to rockabilly or rock & roll as her career direction would seem to indicate; she spent years walking a tightrope between traditional country and rock & roll, just trying to carve out a niche for herself and earn a living, and rock & roll was as new to her as it was to most country music fans in 1954-1955. In keeping with the sensibilities of the era, as the daughter of white working-class Texas-born transplants to Oklahoma (and then to California -- around Bakersfield, natch -- and back to Oklahoma), blues and R&B, as something that she would do herself or allow herself to be influenced by, were mostly alien to her when she began exploring the music (with help and encouragement from Elvis Presley) in 1955.

Luckily, the King of Rock & Roll was correct in his assessment of Jackson as a natural, and she became the Queen of Rockabilly at a time when Janis Martin was "the Female Elvis" and Brenda Lee was some child mutant doing rock & roll with some success. Jackson even recorded with a mixed-race band, the Poe Cats (including Big Al Downing), beginning in early 1958, and the records were amazing, although they didn't start selling seriously until 1960, when a DJ started playing "Let's Have a Party," a three-year-old track off of her 1957 debut LP, and Capitol got it out as a single. She was suddenly on the pop charts, as a unique voice and personality by then, and her career, which had started to coast, was suddenly thrown into high gear. 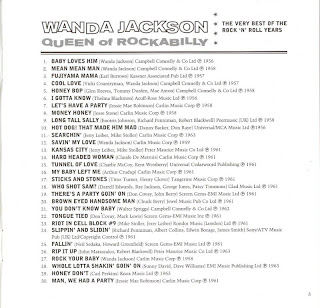 Guitar Success System - The Only Guitar Course You'll Ever Need!
Posted by Marty at Thursday, July 15, 2010 No comments: