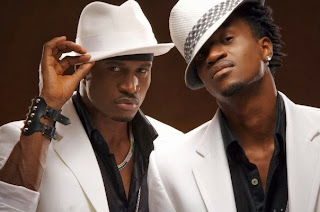 HOT new video from Africa's biggest R and B act P-Square for their track 'Personally'. Identical twin brothers Paul and Peter Okoye make up P-Square and they have a growing UK fan base due to radio plays and the expanding support for Afrobeat acts over there.

Marty's review: this cool and HOT new video is dedicated to Michael Jackson and P-Square have recreated some of MJ's moves in their dance routine that match the Afrobeat rhythms and Hip Hop vocals of the track "Personally". The track is an infectious number that will have you dancing along with the video. 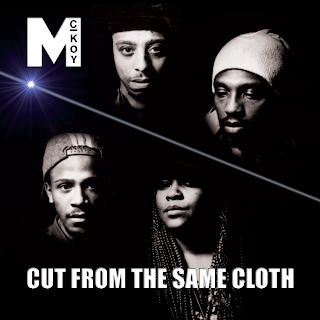 Noel McKoy is the genuine godfather of British soul - a singer-songwriter with a voice like honey backed up by his talented family. When the McKoy family – south London born siblings Cornell, Junette, lead singer Noel, and Robin - burst on to the British soul scene in 1989, they created a legacy for serious soul fans throughout the next decade and beyond. McKoy’s critically acclaimed debut album, “Family”, delivered a number of street-soul classics and their hit singles I'm Lucky and Family remain a hit with analogue, digital and underground music connoisseurs of all ages.

With a two-decade-plus career that has already encompassed reggae (The Albions), rock (Impact) and acid jazz (The James Taylor Quartet) plus a prestigious BBC 2 Jazz Award, Noel McKoy is releasing his first album in 20 years with his band ‘McKoy’ which includes his three siblings: Cornell, Robin and Junette.

Cut From The Same Cloth is the eagerly awaited album from McKoy. It is combination of grooves, melodies and jazz from McKoy’s parent’s collection, along with hints of 70's, 80's and 90's influence. The band likes to call it ‘spiritual social soul’ which they coined in the creation of their last release. Though it’s been 20 years since then, the band made a conscious decision to make an album with ‘an old school flavour with a new school approach’.  The album features the talents of General Levy, Vanessa Simon, Terri Walker, Marlon Cotton and Braydz.

Noel McKoy recorded three albums with the James Taylor Quartet and toured 10 times around the world. He has worked with some of the most talented artists in the industry including Chaka Khan, Gladys Knight, Martha High, Atlantic Star, Terry Callier, Cliff Richard, Lenny Henry, Jessie J, Paloma Faith and none other than Stevie Wonder. Noel says: “I met Stevie after one of his gigs at the 02 a couple of years ago. He then invited me to have a jam with him and this was one of the highlights of my career. We jammed for quite a bit and laughed all night together.”

Marty's review: "Cut From the Same Cloth" combines elements of 70's soul and funk with rhythm and blues, jazz, reggae, hip hop and rap that come together in this album that just shines with soulful grooves. Of the 13 tracks on the album, 10 are orginals co-written by Noel McKoy. There also covers of the Isley Brothers' "Highways" and a funky, electric soul version of Stevie Wonder's "Living For the City". Noel McKoy's lead vocals are reminiscent of Marvin Gaye and Donny Hathaway, whilst his siblings provide backing vocals of soaring harmonies mixed with hip hop and rap. The musicianship is superb with jazz guitar, both acoustic and electric, tight rhythm section, piano, clarinet and even some strings to create a wide sound. It will have you swaying, dancing and possibly making love with your favourite person (!). My favourite tracks are "Highways", "Natural Collie" and "I've Changed". 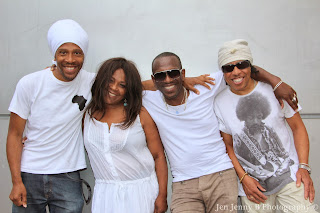 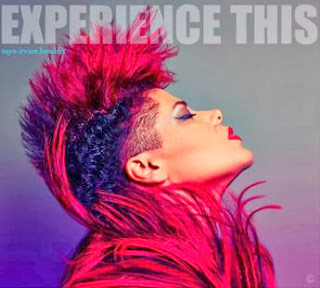 Tayo Irvine Hendrix has music running through her veins. Since being given a drum at three years old, Tayo has developed a love of music and a sound of her own that is perfectly encapsulated by her forthcoming album ‘EXPERIENCE this’.

‘EXPERIENCE this’ is a collection of songs that takes each listener on a journey. The album showcases Tayo’s stunning and powerful voice as well as a wide range of musical influences. Alongside the blues and soul elements, Tayo’s work as a healer has also helped to shape the sound, bringing mantras to the mainstream and creating an accessible sound.

Throughout her thirty years in the music industry, Tayo has had the honour of working with some incredible musicians and this album once again saw Tayo bring together a stellar team.  As well as the first class musicians with whom Tayo collaborated for the record, the album is mixed by Blake Eiseman, the man responsible for Pink’s debut album and known for his work with the likes of Usher, Janet Jackson and Aretha Franklin.

Tayo Irvine Hendrix is a drummer, percussionist, vocalist, songwriter and composer, a true creative who was undoubtedly destined for the musical world. Her famous name aside, Tayo’s music is, as suggested by the album’s title, an experience.
The first single released from the album was the blues infused ‘Crazy Dayze’; released on September 9th, it is available for download now.

“Her music is, indeed, an experience and quite a special one” – Music News

“Tayo Irvine Hendrix has a sound of her own” – AAA Music

Marty's review: Tayo Irvine Hendrix' new album has an apt title.."Experience This". And it is a must listen to experience at that. Tayo's many talents shine on this debut release as she confronts love, life and all that goes with it on an 11 track collection of finely produced tracks that will keep you hitting the replay button more than once. A mostly upbeat recording that combines soul, funk, jazz, African rhythms, blues, pop, dance and even a few Indian beats make this album a unique experience that will not disappoint. Tayo's clear, sultry and sometimes sexy vocals are supported by a tight rhythm section with a touch a brass, acoustic guitar and flute. Whilst the general feel of the album is in the funky/jazz/soul vein, there is also the spiritual ballad "Calling All Angels" and the new age sound of "Om Namah Shivaya" with Indian rhythms and beautiful chanting. The song lyrics show Tayo's confident and positive outlook on life and are written from the heart. My favourite tracks are "I Am Rama", "Calling All Angels" and "History". Tayo Irvine Hendrix defies musical genres and is an experience you won't forget.

Experience the album at iTunes here: