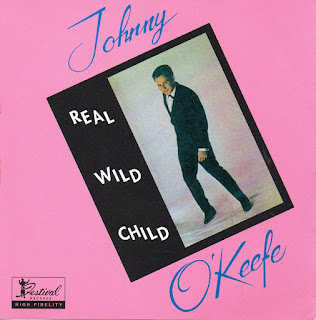 Often referred to by his initials "J.O.K." or by his nickname "The Wild One", O'Keefe was the first Australian rock'n'roll performer to tour the United States, and the first Australian artist to make the local Top 40 charts. He had twenty-nine Top 40 hits in Australia between 1958 and 1973.

In September 1956 O'Keefe and his friend Dave Owen (an American-born tenor sax player) formed Australia's first rock'n'roll band, The Dee Jays. O'Keefe's 'trademark' was his flamboyant stage attire, which included gold lame jackets and brightly coloured suits trimmed with fake fur. Many of these outfits were made for him by Sydney 'showbiz' costumier Len Taylor, although one famous red suit trimmed with leopard-print velvet cuffs and lapels.

O'Keefe and the Dee Jays' first major break was a support spot on Lee Gordon's first "Big Show" rock'n'roll tour, which starred Little Richard, Gene Vincent, and Eddie Cochran. When Gene Vincent and his band were stranded in Honolulu on their way to Australia, Gordon contacted O'Keefe and asked him to fill in for Vincent for the first night of the tour in Wollongong. This was followed by another support spot on the second all-star Big Show, which included The Crickets (with lead singer Buddy Holly on his first and only Australian tour), Jerry Lee Lewis and Paul Anka.

"Wild One" was also recorded by Jerry Allison with Buddy Holly backing on guitar in 1958 under the alias "Ivan" (his middle name) after hearing Johnny perform it on tour; it reached #68 on the American Billboard singles chart and was revived in 1986 and recorded by Iggy Pop as Real Wild Child. A cover by Christopher Ocasek was used on the soundtrack for the movie Pretty Woman starring Julia Roberts and Richard Gere. It was also recorded by Jerry Lee Lewis, Everlife, Joan Jett & The Blackhearts, Glamour Camp, Marshall Crenshaw, Brian Setzer, and Wakefield and Jet. 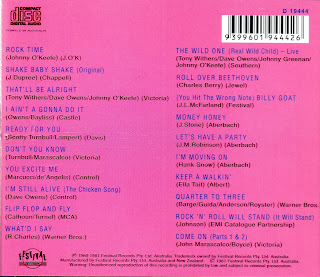 Your statement that "Wild One" was recorded originally by Jerry Allison is INCORRECT. The song was first recorded by Johnny O'Keefe (one of the co-writers) with his band The Dee Jays in Sydney, Australia in the second week of January 1958. It was issued that same month on O'Keefe's first EP "Shakin At The Stadium" (Festival FX 5002). Jerry Allison recorded his version some months later after his return home from his 1958 Australian tour. Allison's version, retitled "Real Wild Child", was released in the US on Coral label on 11 July 1958.

Thanks ausman for the correction. The information came from the Wikipedia page, so not my words. I have amended the post accordingly