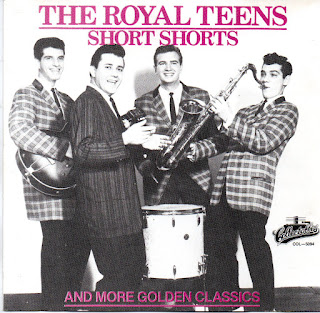 The Royal Teens were an American rock and roll band that formed in New Jersey in 1956 and originally consisted of Bob Gaudio on piano, Tom Austin on drums, Billy Dalton on guitar and Billy Crandall on saxophone. Originally, the group's name was simply "The Royals", but they were persuaded to add the word "Teens" in order to avoid having the same name as an existing band. The group is best known for its single "Short Shorts", which was a number 3 hit in the United States in 1958. The follow-up single, 1959's "Believe Me", hit number 26. They never recorded an album, and broke up in 1965.

The term "Short Shorts" in the song referred specifically to very short cutoff jeans as worn by teenage girls. The term appears to have originated with Bob Gaudio and Tom Austin. According to the group's website, they coined the term in 1957, and hit on using it as a song theme and title that summer when they saw two girls in cutoffs leaving a local teen spot.

My Memories Of You

My Kind Of Dream 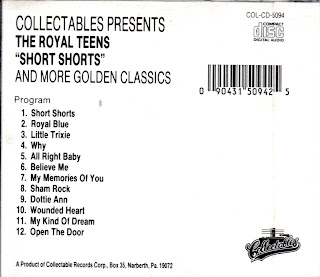