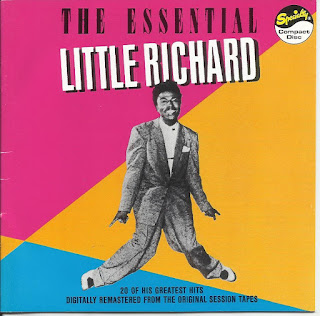 Richard Wayne Penniman (born December 5, 1932), known by his stage name Little Richard, is an American pianist, singer and songwriter. He has been an influential figure in popular music and culture for over six decades. His most celebrated work dates from the mid-1950s where his dynamic music and charismatic showmanship laid the foundation for rock and roll. Penniman's hits of that period were generally characterized by playful lyrics underpinned with suggestive overtones. His music also had a pivotal impact on the formation of other popular music genres, including soul and funk. Penniman influenced numerous singers and musicians from rock to rap.

Penniman was honored by many institutions, including the Rock and Roll Hall of Fame and the Songwriters Hall of Fame. He was the recipient of a Grammy Lifetime Achievement award in 1992 and the Lifetime Achievement Award of the Rhythm and Blues Foundation in 1994. Penniman's breakthrough hit "Tutti Frutti" was included in the Library of Congress' National Recording Registry, claiming the "unique vocalizing over the irresistible beat announced a new era in music"....(text from Wikipedia)

This collection showcases 20 of his greatest hits, digitally remastered from the original session tapes. 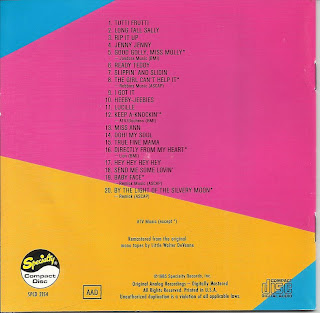 Dear visitor, I am currently in the process of reposting some of the links on this blog. If you try to download a sample file and the message from the file server comes up as "permission denied", please leave a comment against the post and I will update accordingly. Thanks for your patience and understanding..cheers...Marty
Posted by Marty at Friday, March 15, 2013 No comments: Links to this post

Email ThisBlogThis!Share to TwitterShare to FacebookShare to Pinterest
Labels: information only 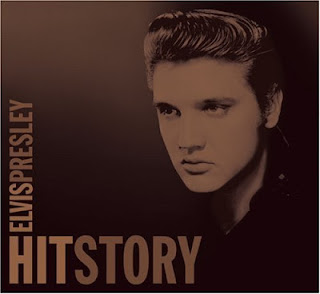 There is no doubting the impact Elvis Presley has had on popular music. Many musicians have been quoted as saying that he was one of their original influences, and his legion of fans is ever growing. His recorded output has been extensive, and there are still new releases being issued regularly.

HitStory is an 90-track compilation of his chart hits. Spanning his entire career from 1954's "That's All Right" to 1976's "Way Down", this deluxe three-disc set combines two landmark collections of Elvis's indispensable smash hits with a brand new compilation of more essential Top 20 singles. HitStory features Elvis' popular hits and recent chart-topping remixes, including 'Heartbreak Hotel',''Hound Dog', 'Love Me Tender', 'Blue Suede Shoes', 'Jailhouse Rock', 'A Little Less Conversation', and 74 other iconic Presley hits. Discs one and two of Hitstory are made up of Elvis' 30 #1 Hits' and 'Elvis' 2nd To None. Disc three, The Story Continues, is a brand new compilation showcasing nineteen Top 20 singles from the Billboard Top 100 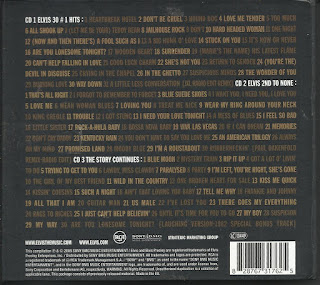 Elvis 30 #1 Hits
Elvis 2nd to None
The Story Continues