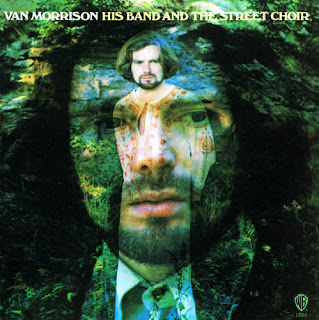 Van's 1970 album that exudes the rhythm and blues sound of his inspiration, His Band and the Street Choir appeared at a time when Van Morrison was building on the great critical successes of Astral Weeks and Moondance. His third Warner Bros. album contains a number of radio-friendly tracks clearly aimed at the singles market and few clues of the serious, brooding melancholy of Astral Weeks.

Kicking off with the jaunty "Domino," the album is generally dominated by up tempo swingers such as "Call Me Up in Dreamland," "Give Me a Kiss," and "Blue Money." The cover photography and liner notes by then wife Janet Planet reveal a smiling Morrison and hint at a new found personal contentment. This mood did not last long after Van left the artists' community of Woodstock. But even here, in "I'll Be Your Lover Too" and "Crazy Face," there are moments that are essential listening for fans of his sullen splendour and mysticism. --Rob Stewart (Amazon review) 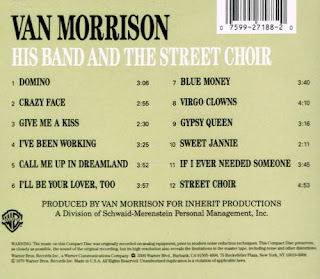 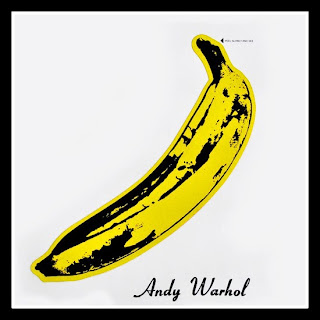 When the Velvets recorded this debut in 1967, they were best known as the protégés of Andy Warhol (who designed the sleeve), and as a grating, combustive live band. Fueled by drummer Moe Tucker's no-nonsense wham and John Cale's howling viola, some of the straight-up rock & roll and arty noise extravaganzas here bear that out. But before Lou Reed was singing about sadomasochism and drug deals and writing lyrics inspired by his favorite poets, he was a pop songwriter, and this album has some of his prettiest tunes, mostly sung by Nico, the German dark angel who left the band after this disc. Even the sordid rockers are underscored by graceful pop tricks, like the two-chord flutter at the centre of the classic "Heroin." --Douglas Wolk (Amazon Review)

The Velvet Underground was little known during its lifetime; now, more than forty years after the band collapsed, it has a world-wide following--but the band's music still tends to divide listeners. You either get it or you don't. For those who DO get it, this recording, with its Andy Warhol-designed "Peel Slowly and See" cover, is a must-have.

Both Lou Reed and Nico possessed flat sounding voices, and John Cale compensated for this by down-tuning his various stringed instruments--and then the band as a whole down-tuned to Cale's pitch. This creates a slightly off-kilter, droning tone... and the result is a strangely hypnotic, frequently dark, and often unnerving sound that swirls around the songs' street-tough lyrics. At worst, it is at least interesting; at best, it is completely original. Several of the cuts have a distinct pop inflection, but the band subverts them; "Femme Fatale" has a mocking tone, and both "Sunday Morning" and "I'll Be Your Mirror" have a decidedly paranoid quality. But the cuts for which this album is most famous are about as far removed from pop as you can get: the strange exotic stutter of "All Tomorrow's Parties;" the pitch black and street scary tone of "Heroin" and "I'm Waiting For My Man;" and the whip-like accompaniment on the S and M-oriented "Venus In Furs"--all of them frequently imitated but seldom equalled.

Posted by Marty at Wednesday, July 10, 2013 No comments: Links to this post