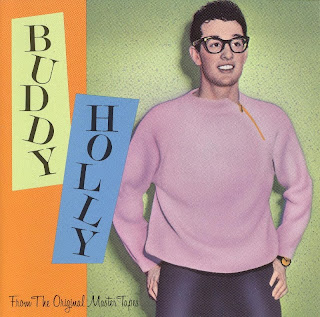 Charles Hardin Holley (September 7, 1936 – February 3, 1959), known professionally as Buddy Holly, was an American singer-songwriter and a pioneer of rock and roll. Although his success lasted only a year and a half before his death in an airplane crash, Holly is described by critic Bruce Eder as "the single most influential creative force in early rock and roll." His works and innovations inspired and influenced contemporary and later musicians, notably The Beatles, Elvis Costello, The Rolling Stones, Don McLean, Bob Dylan, Steve Winwood, and Eric Clapton, and exerted a profound influence on popular music. Holly was one of the inaugural inductees into the Rock and Roll Hall of Fame in 1986. In 2004, Rolling Stone ranked Holly No. 13 among "The 100 Greatest Artists of All Time".

There have been many titles bestowed upon the bespectacled Buddy Holly..genius, legend, and master producer to name just a few..and they are all fitting. For a man who hasn't been with us since 1959, his music lives on, and on, and on...Countless bands and musicians have covered his songs; numerous tribute albums released; several documentaries made; a feature movie and a stage musical of his life story...the list goes on. His music is rediscovered by a new generation and will "Not Fade Away". There have been many albums of his material released over the years. This collection brings together his biggest and most popular tracks. A definite must for your collection. 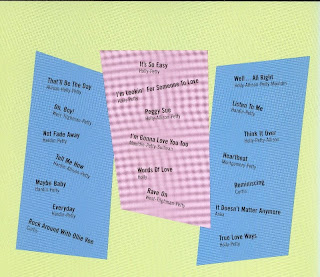 From the Original Master Tapes

Posted by Marty at Thursday, February 25, 2010 No comments: Links to this post 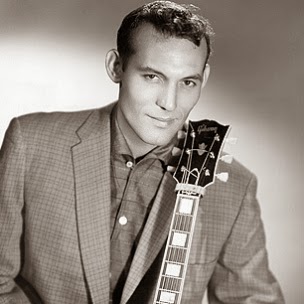 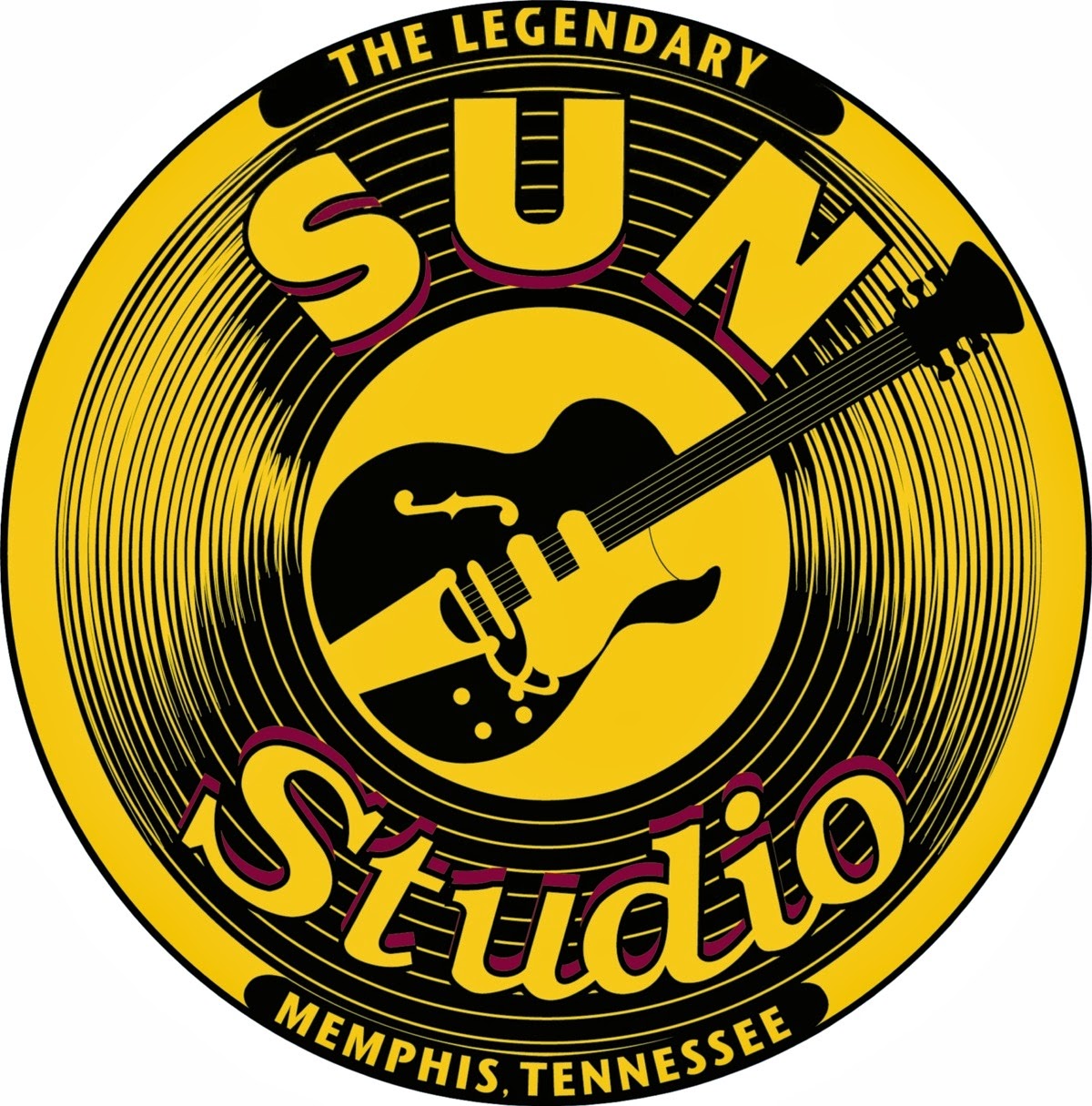 According to Charlie Daniels, "Carl Perkins' songs personified the rockabilly era, and Carl Perkins' sound personifies the rockabilly sound more so than anybody involved in it, because he never changed." Perkins' songs were recorded by artists (and friends) as influential as Elvis Presley, The Beatles, Jimi Hendrix, and Johnny Cash, which further cemented his place in the history of popular music. Paul McCartney even claimed that “If there were no Carl Perkins, there would be no Beatles”. 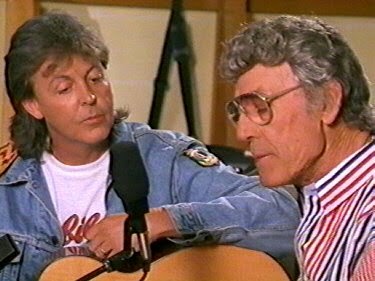 I didn't know Carl Perkins existed until I read the track listing on "The Beatles For Sale" LP. "Honey Don't" and "Everybody's Trying To Be My Baby" were both penned by someone called "Perkins". After a bit of research I discovered it was Carl Perkins. I also found out he wrote "Blue Suede Shoes" which, of course, I thought was an original Elvis song. I borrowed an LP of his from someone and hey presto, Rockabilly came alive to my ears!

Called "the King of Rockabilly", he was inducted into the Rock and Roll, the Rockabilly, and the Nashville Songwriters Halls of Fame; and was a Grammy Hall of Fame Award recipient.

Elvis may have been the King, but Carl Perkins was certainly the originator. He penned and recorded "Blue Suede Shoes" before Elvis covered it, "Honey Don't" and "Matchbox" before The Beatles and...need I say more? Classic and timeless rockabilly. Carl Rocks!

This compilation is a 58 track, 3CD set which includes the original Sun recordings plus alternative takes and demos. A must for any music aficionado. 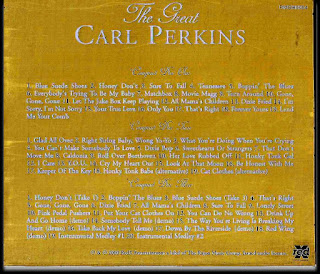 Posted by Marty at Wednesday, February 24, 2010 5 comments: Links to this post 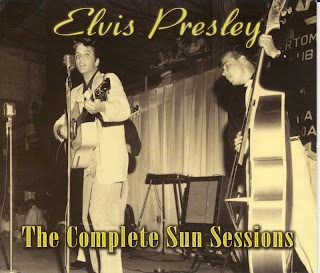 My first encounter with Elvis was a 78rpm single of "Hound Dog/Don't be Cruel" from my father's collection. From there it was what I heard on the radio and his movies. This was the early 1960's when The Beatles were the rage and most of the music I listened to was on top 40 radio (I was still at school and not earning money to buy records). When I had saved up enough pocket money I then purchased a copy of "The Sun Sessions" on vinyl LP and my ears pricked up. I'd never heard anything like it before and my interest in music suddenly matured. Was there more of this stuff out there? You betcha there was!

Every music collection should have a copy of Elvis' Sun Sessions. There are many versions available, this one is the complete 2CD version including alternate versions and the complete Hayride Recordings. This is where Rock and Roll had its roots and inspired many a musician since. Just to hear the opening strains of "That's All Right Mama" or "Mystery Train" still sends shivers down my spine. I never get tired of listening to these classic tracks. 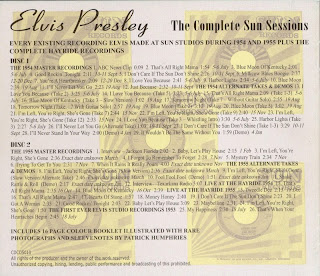 Posted by Marty at Wednesday, February 24, 2010 No comments: Links to this post

what this blog is about

The aim of this blog is to list at least 200 (God knows there are hundreds more!) of the most essential albums that, in my humble opinion, should be in the collection of anyone who has a serious appreciation for good music. I am not a music critic, journalist or writer in any form or sense, just someone who has built up a collection of music over a lifetime, and would like to share my passion with anyone else that may be interested. Feel free to leave a comment if you wish, whether you agree or disagree, or even if you want to make your own recommendation. My goal is to complete the list in 12 months (or sooner depending on time restraints). Where possible, I will include a link to sample the album or purchase it if you wish. So stay tuned and happy listening!
Posted by Marty at Thursday, February 18, 2010 No comments: Links to this post