Paul McCartney ... CHOBA B CCCP (Back in the USSR) The Russian Album 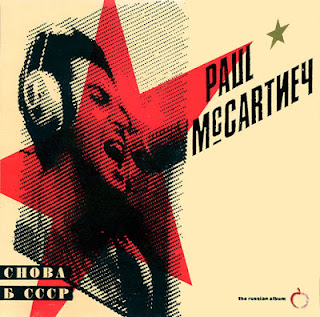 The Beatles were very much influenced by 1950's rock and roll, and their early work shows plenty of proof of this. They honed their musical skills playing songs from the era in their live shows and had a great respect for the artists whose music they covered. Paul McCartney in particular was a huge fan and several rock and roll tunes were included in early Beatles albums with Paul doing most of the vocals. Over the years he has included a selection in his own concerts.

"The Russian Album" was originally released in 1991 and it's where Paul pays tribute to his favourite rock and roll artists and their hit songs. It's one of those albums that will have you bopping from the opening notes and ideal for your next party.

Amazon Review - CHOBA B CCCP--that's "Back in the USSR" to you and me--is a loose and loopy bit of rock & roll nostalgia that's at least as much fun to listen to as it was to make. Originally intended as a cold-war-busting Soviet Union-only release, popular demand finally brought it to Western ears, and it's a good thing it did. McCartney was always the Beatles' best Little Richard-inspired shouter, and this album allowed him to revisit those days on covers of "Kansas City," "Lucille," "Ain't That a Shame," and "Crackin' Up," among others. Most of the tracks sound like first takes, but that's in keeping with the vintage material, which was originally recorded in much the same way. Who says they no longer make 'em like they used to? --Daniel Durchholz

Posted by Marty at Saturday, June 22, 2013 No comments: Links to this post 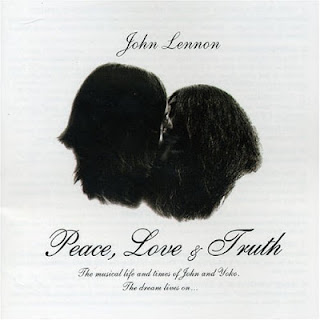 John Lennon's life and music has been written about and analysed many times over. Movies and documentaries have been made along with tribute albums and concerts. I'm not going to add to that here except to say that his music, not only with The Beatles but his solo work, is timeless and endearing. There have been many compilations released over the years since his death, most of them good, and any serious collector will have at least one Lennon album in their collection.

This compilation is unique as it presents John's finest song writing moments in a showcase that highlights his important ideals regarding, as the title suggests, peace, love and truth. Several of the tracks have been remixed to give them a fresh and new sound and perspective. An essential addition to your collection. 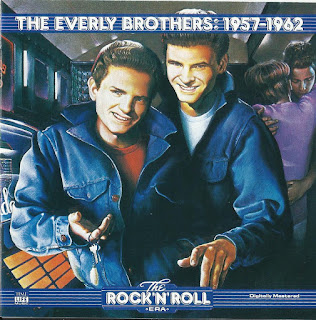 The Everly Brothers (Don and Phil: Isaac Donald Everly, born February 1, 1937, and Phillip Everly, born January 19, 1939) are country-influenced rock and roll performers, known for steel-string guitar playing and close harmony singing. The duo was elected to the Rock and Roll Hall of Fame in 1986.

Don and Phil Everly are both guitarists and use vocal harmony mostly based on parallel thirds. With this, each line can often stand on its own as a melody line. This is in contrast to classic harmony lines which, while working well alongside the melody, are not as melodic by themselves.

For most of their recordings, Don sings the baritone part and Phil the tenor part. One exception is on "Devoted To You." Although Don is still low and Phil is high, they switch lead and harmony back and forth. Don almost always sings any lines that are sung solo (for example, the verses of "Bye Bye Love"). Among the exceptions to this rule is the Everlys' 1965 single "It's All Over," where Phil sings the song's solo lines.

In the late 1950s, the Everly Brothers were the rock 'n' roll youth movement's addition to close harmony vocal groups of which many were family bands. Among the Everly's famous counterparts in country music were The Delmore Brothers, The Louvin Brothers, Jim & Jesse (McReynolds) and The Osborne Brothers.
The duo's harmony singing had a strong influence on rock groups of the 1960s. The Beatles,The Beach Boys and Simon & Garfunkel developed their early singing styles by performing Everly covers.

This 24 track compilation contains all their early hits from the 50s and 60s.....The Everly Brothers