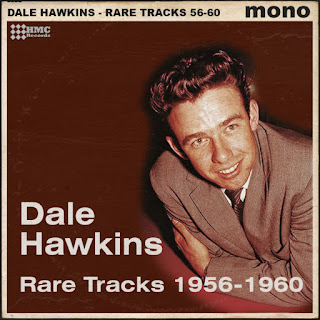 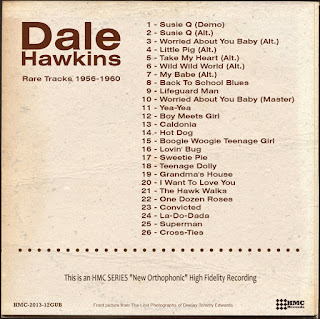 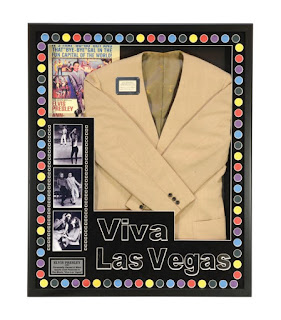 Invaluable, the premiere online auction marketplace, and Graceland Auctions, will be teaming up on August 13 to auction off 174 lots of exceptional antique Elvis merchandise making it the largest and most comprehensive auction yet held on the grounds of Graceland. Whether you are looking for a stage-worn jumpsuit or a piece of 1950's merchandising, a historical document or a rare test pressing, a TCB necklace or a movie artifact, this auction has something for you!

This auction, The Auction At Graceland, starts at 7:00 PM CST on the 13th.

Elvis touched the hearts and lives of fans across the globe, and the goal for the Elvis Week 2015 Auction at Graceland is to include artifacts from across the spectrum of collecting, including items owned by Elvis, gifted by Elvis, written by Elvis, used by Elvis and created to promote the king and his career. 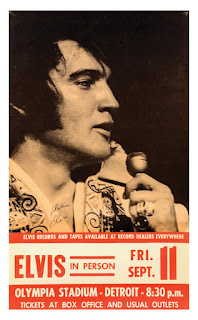 Estimated Price: $4,000 - $6,000
Used to promote stops on Elvis Presley's September 1970 tour, these venue-specific posters are few and far between, especially in such an exemplary state of preservation. In true Colonel style, the upper portion, graced by Elvis' iconic portrait, was kept purposely generic and was printed on lighter weight paper in greater quantities. These could be used or sold anywhere Elvis was touring.
Lot 112: 1970 Elvis Presley Signed Oversized Concert Souvenir Photo 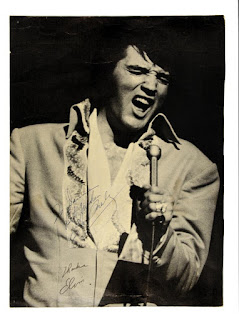 Feel free to check out other Elvis memorabilia and collectibles up for auction on Invaluable.