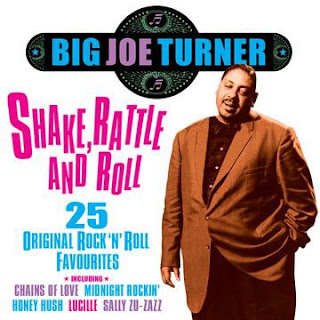 Big Joe Turner, also known as The Boss of the Blues was an American "blues shouter" (a blues-music singer capable of singing un-amplified with a band) from Kansas City, Missouri. According to the songwriter Doc Pomus, "Rock and Roll would have never happened without him". Although he had his greatest fame during the 1950s with his rock and roll recordings, particularly "Shake, Rattle and Roll", Turner's career as a performer endured from the 1920s into the 1980s. Turner was inducted into the Rock and Roll Hall of Fame during 1987.