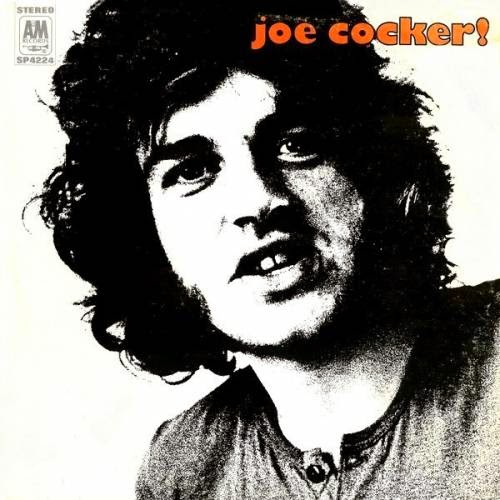 Joe Cocker's career goes way back to 1960 and he is one of the survivors of the Blues-Rock scene of the 60's. Whilst his career may seem checkered, he has produced some of the finest recordings that have stood the test of time and he is revered by his legion of fans and musicians alike. He is known for his gritty voice, his idiosyncratic body movement in performance and his cover versions of popular songs, particularly those of The Beatles. His cover of The Beatles' "With a Little Help from My Friends" reached number one in the UK in 1968, and he performed the song live at Woodstock in 1969.

John Robert Cocker OBE was born on 20 May 1944 in Sheffield, West Riding of Yorkshire. He is the youngest son of a civil servant, Harold Cocker, and Madge Cocker. According to differing family stories, Cocker received his nickname of Joe either from playing a childhood game called "Cowboy Joe" or from a local window cleaner named Joe.

Cocker's main musical influences growing up were Ray Charles and Lonnie Donegan. Cocker's first experience singing in public was at age 12 when his elder brother Victor invited him on stage to sing during a gig of his skiffle group. In 1960, along with three friends, Cocker formed his first group, the Cavaliers.

In 1961, under the stage name Vance Arnold, Cocker continued his career with a new group, Vance Arnold and the Avengers.The group mostly played in the pubs of Sheffield,performing covers of Chuck Berry and Ray Charles songs. In 1963, they booked their first significant gig when they supported the Rolling Stones at Sheffield City Hall. In 1964, Cocker signed a recording contract as a solo act with Decca and released his first single, a cover of the Beatles' "I'll Cry Instead" (with Big Jim Sullivan and Jimmy Page playing guitars). 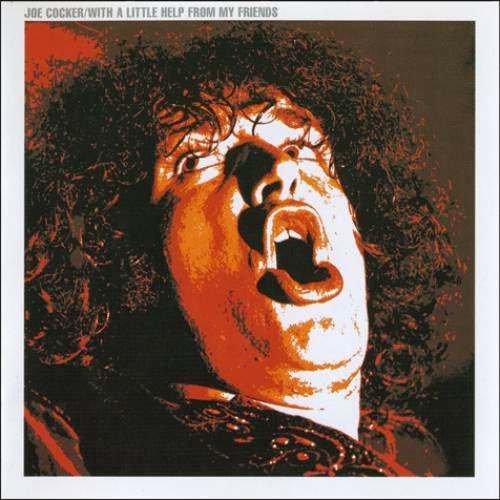 In 1966, after a year-long hiatus from music, Cocker teamed up with Chris Stainton, whom he had met several years before, to form the Grease Band. The Grease Band was named after Cocker read an interview with jazz musician Jimmy Smith, where Smith described another musician as "having a lot of grease". Like the Avengers, Cocker's group mostly played in pubs in and around Sheffield. The Grease Band came to the attention of Denny Cordell, the producer of Procol Harum, the Moody Blues and Georgie Fame. Cocker recorded the single "Marjorine" without the Grease Band for Cordell in a London studio. He then moved to London with Chris Stainton, and the Grease Band was dissolved. Cordell set Cocker up with a residency at the Marquee Club in London, and a "new" Grease Band was formed with Stainton and keyboardist Tommy Eyre.

After minor success in the US with the single "Marjorine", Cocker entered the big time with a groundbreaking rearrangement of "With a Little Help from My Friends", another Beatles cover, which, many years later, was used as the opening theme for The Wonder Years. The recording features lead guitar from Jimmy Page, drumming by BJ Wilson, backing vocals from Sue and Sunny, and Tommy Eyre on organ. The single made the Top Ten on the British charts, remaining there for thirteen weeks and eventually reaching number one, on 9 November 1968. It also reached number 68 on the US charts.

The new touring line-up of Cocker's Grease Band featured Henry McCullough on lead guitar, who would go on to briefly play with McCartney's Wings. After touring the UK with the Who in autumn 1968 and Gene Pitney and Marmalade in early winter 1969, the Grease Band embarked on their first tour of the US in spring 1969. Cocker's album With a Little Help from My Friends was released soon after their arrival and made number 35 on the American charts, eventually going gold.

Pharrell Williams...HAPPY...infectious song and videos from different parts of the world


This song and video are so infectious I just had to post and share. Are you HAPPY..??

Pharrell Williams (born April 5, 1973), also known simply as Pharrell, is an American singer-songwriter, rapper, record producer, musician, and fashion designer. Williams and Chad Hugo make up the record production duo The Neptunes, producing soul, hip hop and R&B music. He is also the lead vocalist and drummer of rock, funk, and hip hop band N.E.R.D, which he formed with Hugo and childhood friend Shay Haley. He released his first single "Frontin'" in 2003 and followed up with his debut solo album In My Mind in 2006.[1] His second album, G I R L was released on March 3, 2014.

As part of The Neptunes, Williams has produced numerous hit singles for various recording artists.Williams has earned seven Grammy Awards including two with The Neptunes. He currently owns a media venture that encompasses entertainment, music, fashion, and art called i am OTHER. He is also the co-founder of the clothing brands Billionaire Boys Club and Ice Cream.

Here are a few other video versions of HAPPY:

How many more can you find..??