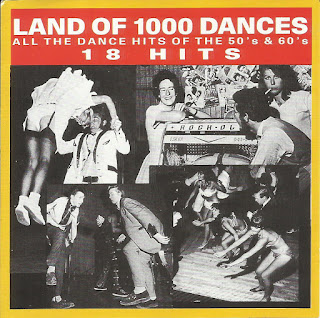 Get your dancing shoes on and see how many of these classic, original dance hits you can move your body to. From the Twist, the Stomp, the Locomotion, the Hully Gully, to the Walk, the Stroll, the Monster Mash and everything in between. 18 tracks to keep your party rocking! 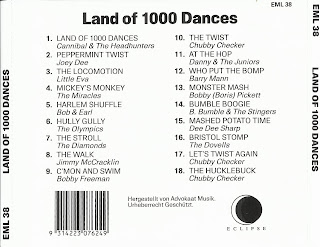 Posted by Marty at Thursday, January 21, 2016 No comments: Links to this post 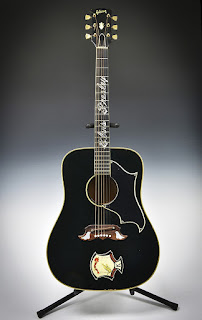 This auction, The Auction at Graceland, starts at 7:00 PM CST on the 7th. To honor the memory of his great talent, INVALUABLE.COM are pleased to announce the opportunity to participate in the upcoming Auction at Graceland. This is the third Elvis auction held since last year. Elvis sang his way into the hearts of fans and his light continues to shine in the hearts of collectors and fans everywhere. His legacy lives on, and what better way to continue that than owning a piece of his history!
Here are a few lots for example:
Lot 24: Elvis Presley Stage-Used Guitar from January 14, 1973 "Aloha from Hawaii" Concert
Estimated Price: $300,000 - $500,000This guitar, the Ebony Dove, was the most photographed and widely seen of any of Elvis’ guitars as he played it during the January 1973 Aloha from Hawaii via Satellite concert broadcast. This very guitar made it into the homes of nearly a billion fans around the world via television and is his most used guitar. The guitar show heavy stage use, with many scratches and scuffing on the reverse from Elvis' belts and jumpsuits. 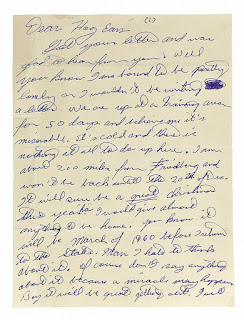 Lot 31: 1958 Elvis Presley Handwritten Two-Page Letter to Alan Fortas
Estimated Price: $30,000 - $50,000
Widely respected for his service in the Armed Forces, Elvis was enlisted as a private in the Army and was stationed in Germany during his tour. Despite all the smiles we see in publicity photos of Elvis in uniform and the attention paid to the celebrated private, he was treated much like any other enlisted man, and as such his duties were not always enjoyable. This amazing two-page handwritten letter from 1958 is a true glimpse into the mind of Elvis during his time in Germany, as he pens his thoughts to his friend Alan Fortas. Signed “Your Pal, Elvis Presley,” and comes in original envelope.

Lot 85: April 5, 1972 Complete Elvis Presley Concert Film from the Memorial Auditorium Show in Buffalo, NY
Estimated Price: $25,000 - $35,000
Recorded only four days prior to filming Elvis on Tour, director Robert Abel captured Elvis Presley’s concert on April 5, 1972, at the Memorial Auditorium in Buffalo, NY. The performance captured an artist in complete command of his form, with Elvis at the peak of his singing and onstage abilities. Highlights include a 5+ minute rousing rendition of “Suspicious Minds,” a spot-on “Lawdy Miss Clawdy,” and a moment when Elvis has the lights turned up in the arena to see the crowd just as, right in front of the camera, we catch a glimpse of a security guard stopping an eager fan from charging the stage.

Feel free to check out other Elvis memorabilia and collectibles up for auction on Invaluable.