Pink Floyd..The Piper At the Gates of Dawn..Classic Debut Album by the Masters of Psychedelic Rock 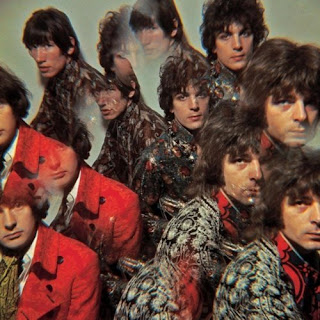 Before Pink Floyd became (deservedly) famous in the mid-70's for Dark Side Of The Moon, Wish You Were Here, and later for The Wall, they were a different band--they were Syd Barrett's band. Instead of the epic, moody, atmospheric, trippy rock forged primarily by the synergy of Roger Waters and David Gilmour later on in Pink Floyd's existence, The Piper at the Gates of Dawn finds the band making music that is very much of its time (1967). The music that became known as "psychedelic" is loosely defined as music that combines creative sonic textures and surprising sounds with bizarre, often whimsical lyrics to either simulate or enhance a drug experience. With the Beatles just down the hall in Abbey Road Studios recording Sgt. Pepper's Lonely Hearts Club Band, The Pink Floyd (named after obscure American blues men Pink Anderson and Floyd Council) were on the cutting edge of the British psychedelic scene while recording The Piper at the Gates of Dawn. (Amazon review)

This debut still endures today as a classic of its genre, thanks to Syd Barrett's unique vision and inimitable songwriting. 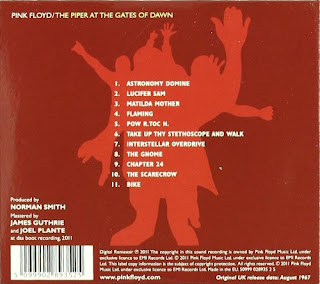 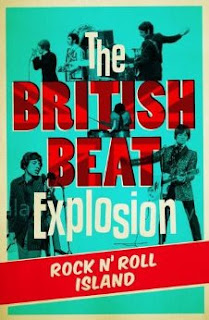 On September 2nd, Aurora Metro Books released "The British Beat Explosion, Rock ‘n Roll Island" (ISBN 9781906582470) edited by Jennifer Wheatley, with contributions from music journalists Zoë Howe and John Platt, club owner Gina Way, exhibition curator Michele Whitby and the musicians themselves .  The book is published in association with a new exhibition, music gigs and film to celebrate the legacy of Eel Pie Island as a seminal jazz and R&B music venue in the 1950s and 1960s (see www.eelpieislandmusic.com). The book has been hailed as ‘containing a treasure trove of contributions - interviews, photographs and more – from musicians, fans, critics and the original Eel Pie clubbers’ (Dmitry M. Epstein on the Let it Rock blog).

The British Beat Explosion narrates the story of this incredible venue which became a literal and metaphorical island of culture and free expression for generations of teenagers. The vision and inspiration of one local man – Arthur Chisnall – lay behind it all.  Chisnall, with astonishing prescience, recognized that the burgeoning new tribe of teenagers would need a cultural and social space of their own, where they could both revel in their own culture and be provided with advice and information on a range of issues affecting their work, education and well-being.  Chisnall took over the management of a hotel on the island and soon made it a Mecca for fans and cutting-edge jazz musicians alike, including Ken Colyer and George Melly.

What began as a jazz club developed into a magical arena for young people to come together, experiment, improvise and create a new kind of music – the ‘Thamesbeat’ R & B sound - one that has been exported from the Twickenham/Richmond area to the world at large. The British Beat explosion developed in South-West London and many of the rock legends of today took their first steps to global stardom on the island: Eric Clapton, Jeff Beck, Brian May, David Bowie, Elton John, Ronnie Wood and David Gilmour to name but a few.  Rod Stewart recently recalled his career’s beginnings on the island on the BBC television program Imagine.  The musical legacy of the Island endures strongly, with contemporary bands such as The
Mystery Jets and The Carnabys consciously exhibiting the influence of the music and the scene.  The Eel Pie phenomenon stuttered and then ended in 1971, when the Hotel burned down, and all trace of the dilapidated Club disappeared, to be replaced by new townhouses.

Chisnall succeeded gloriously in carving out this space as a separate and precious world for its young clientele, and the book carries many glowing reminiscences to this effect.

The British Beat Explosion is packed with anecdotes and descriptions, ranging from the memories of fans to fascinating insights into how musicians discovered one another. The book is an invaluable piece of research into the genealogy and development of the myriad artists who are associated with The Island, an absorbing read for anybody with an interest in contemporary culture, and – if justice is served – will go some way towards ensuring that Eel Pie Island is enshrined in the pantheon of musical venues alongside such places as The Cavern and Ronnie Scott’s. 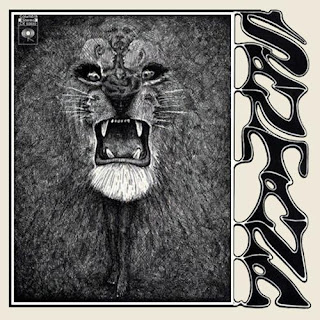 This is Santana's debut album from 1969 and the first of three albums by the classic Santana lineup: Carlos Santana on guitar, Gregg Rolie on keyboards and vocals, Dave Brown on bass, Mike Shrieve on drums, and Jose Areas and Mike Carabello on percussion. The band's sound was then still strongly rooted in the blues (especially on "You Just Don't Care") and many of the performances are absolute classics -- especially the fiery organ-guitar duel on "Waiting" and the explosive "Soul Sacrifice". Those familiar with Santana's radio hits will of course recognize "Evil Ways" and their chugging version of Olatunji's "Jingo", while the laid-back Latin groove of "Treat" provides a nice respite. The album is a brilliant combination of Rock, Latin and African influence. If you like the stinging guitar and swirling organ of early Santana, then this will not disappoint.