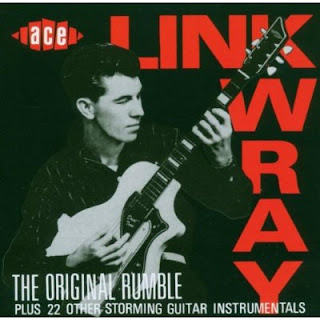 Building on the distorted electric guitar sound of early records, his 1958 instrumental hit "Rumble" by Link Wray and his Ray Men popularized "the power chord, the major modus operandi of modern rock guitarists", making possible "punk and heavy rock". Rolling Stone placed Wray at No. 45 of the 100 greatest guitarists of all time. In 2013 he was announced as a nominee for the Rock and Roll Hall of Fame. His musical style primarily consisted of rock and roll, rockabilly and country.